Parents Give a Standing Ovation 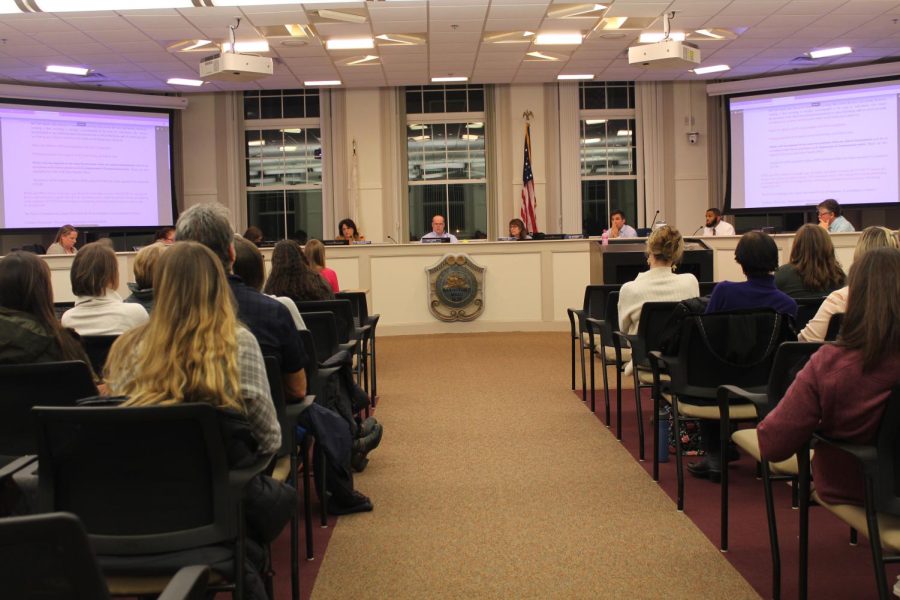 School Committee review the language of the mask policy, while a crowd of parents looks on.

As the world approaches the two year mark of the COVID-19 shut down, steps are finally being taken to lift the mask mandates in schools. The Massachusetts Department of Elementary and Secondary Education announced on February 9 that more than 40 schools in Massachusetts have already been given permission to remove the mask mandate because 80 percent or more of their school population is vaccinated. Other schools however must wait for February 28 and for their school district’s school committee to give the go ahead.

On Wednesday, Feb. 16, the Barnstable School Committee voted unanimously to lift the mask mandate for all schools in the district. This decision will be in effect on Monday, Feb. 28, and students and staff will have the option to wear a mask or not while in school. However students must still wear masks on the bus still per federal order. The only place in school that one must wear a mask is the nurse’s office per order of the Department of Public Health.

Many parents and grandparents went to the school committee meeting on February 16 to give their opinions in the public comment portion of the meeting. There is 30 minutes for public comment and each person has three minutes. All of the public comment was used by concerned parents or grandparents mostly of younger children. Almost all of the parents said that masks cause many mental health problems for these children, and some even shared stories about their own children.

Next to speak was Andre King, who is also a teacher at Sandwich High School. King mentioned that Massachusetts is the second most vaccinated state for students. He had also asked his students that very same day if they knew when the last day they were in school without masks on. King said that all of his students knew the answer was March 13,2020. He agreed with Goode that masks should become optional for students and staff.

Committee members Joe Nystrom, Kathy Bent and Mike Judge all agreed with King and Goode with making the masks optional. Bent also brought up that this should be a family option and that parents should be responsible and not send their children to school when they are not feeling well. Judge said that everyone should be able to make their own decisions. He also brought up the MIAA’s decision to make masks optional while playing sports. The school committee then added this to their policy and made sure it included all after school activities. However, masks must be worn on school buses still for that is a federal mandate, and the school committee can not change that.

All of the other protocols will remain the same. Alicia Bryant, the Director of Health Services for all Barnstable schools, spoke saying that if you contract COVID-19 then you must be quarantined for days one to five, then wear a mask in school for days six to ten. DESE will continue to give support to families who want the support. This means that they will supply rapid testing kits to those who have signed up to get them.

“I would like to thank all of you who spoke at public comment and for keeping it civil,” said Judge before adjourning the meeting.

The following day, Feb. 17 the staff and students were all chattering about the news. Many teachers stated that they were not sure as to what they would be doing masking or not masking. However, many students were on one side or the other. Most students were all for going no mask. Some other students did decide to continue masking because they could put family or friends at risk. When asked if the is excited to get the mask off, Senior Sean Flint said “Yes because it’s the only place where you have to wear one.”