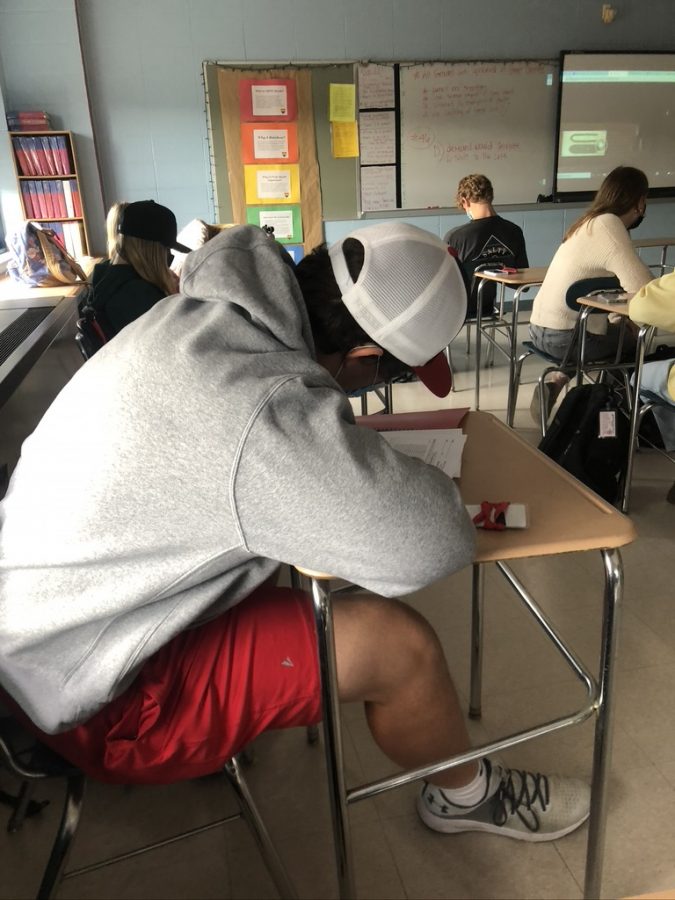 As you walk down the halls of Barnstable High School you can see a large number of students wearing hats or hoods. The issue is, it’s technically against the rules, which has led to confusion amongst students. There is good reason for that, too —  it isn’t always enforced and every teacher/dean has their own way of enforcing the rule.

As of right now, hats and hoods are currently not allowed at all, but this isn’t the goal for administration. “I think having no hats and hoods is important to ID students,” Dean HoYin Yuen said.

The masks seem to be the only thing holding back hats and hoods from being allowed. Though nothing is final, Principal Elizabeth Freedman said she hoped that without masks hats could be allowed; a decision on hoods has not been made.

Though hats seem to be ok, hoods pose more of an issue, “Hoods cover most of the face; hats not so much.” Freedman said. Yuen agreed, adding that tight hoods block the faces of students, making them harder to identify.

“I get the hoods, but school is the only place in life so far that I’ve seen to have such an issue with hats,” Junior Lily Pawsey said.

Some teachers also feel that there isn’t a need for a hats and hoods rule in the dress code. English teacher Maureen Leveroni said, “[The rule is] old and dated, I’m all for fashion, all for covering up a bad hair day.”

Junior, Brian Huerta-Tenezaca, is also in favor of the rule, “I feel like we should be able to wear what we want in the building.”

The enforcing of the rule gets dicey at times though. “I enforce the hats and hoods frequently during passing time,” Yuen said, “I do it after I remind students about masks as I think the health and safety are primary to hats and hoods.”

Even though Yuen tries to enforce the rule in the halls, many classroom teachers have seemed to be more relaxed with students, causing some confusion and disagreement on the issue. According to Freedman, the rule seems unlikely to change until COVID-19 restrictions are lifted.