A Fan’s Thoughts: Mac Jones Has Big Cleats to Fill 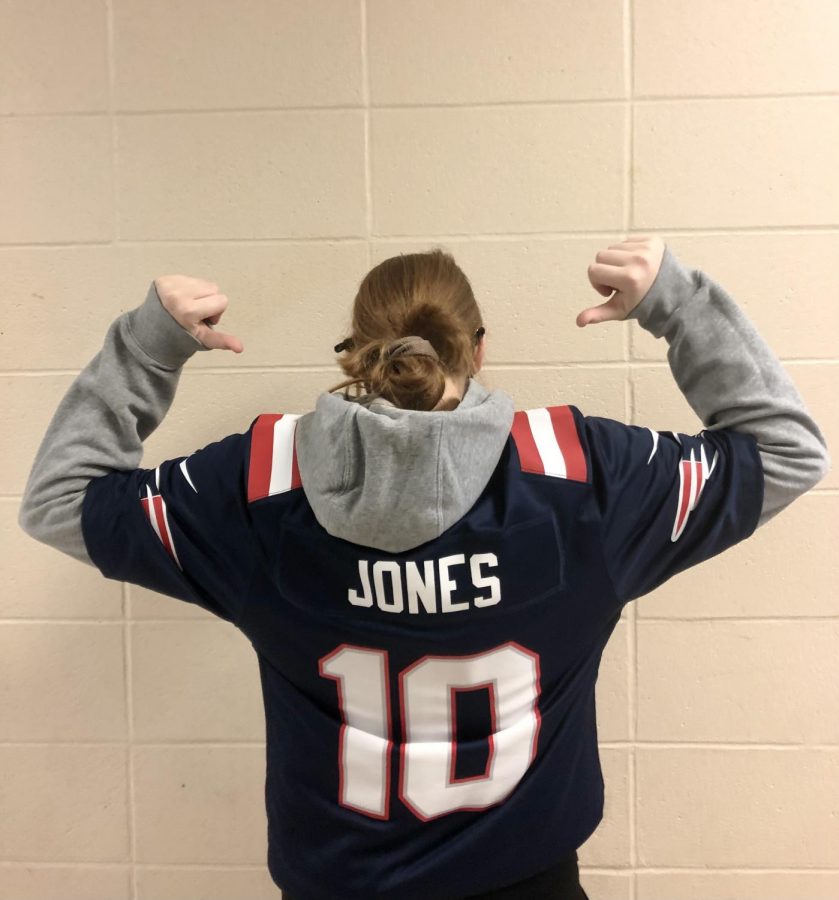 Ever since Tom Brady decided to leave the New England Patriots, the question that circulated from the streets of Boston to the dirt roads of Maine was: Who is the next quarterback for the Patriots dynasty? As Brady flew to Tampa Bay and drove the talent-filled Buccaneers to yet another Super Bowl win for the acclaimed “G.O.A.T.” (Greatest Of All Time) title, the Patriots didn’t even make the playoffs. This was an abnormal occurrence for Patriots fans to take in. Many lost hope in the coaching staff and the team in general.

However, during the 2021 NFL Draft, a  prospect out of Alabama became the center of attention. Mac Jones, drafted fifteenth overall in the 2021 NFL Draft by the New England Patriots, had made a substantial impression on the fans of the beloved team from very early on in his NFL career. Especially after the Patriots made the decision to cut Cam Newton, the starting quarterback for the team during the 2020 season. Fans predicted that Jones had an impressive amount of talent for head coach Bill Belichick and offensive coordinator Josh McDaniels to have cut Newton.

Though it had been a long time since the Patriots decided to start a rookie at the quarterback position, Jones already had a cult following. Sayings like “Mac to the Future” and “Mac Attack” became general slang in New England amongst Patriots fans. Many critics thought that this may be the start of another dynasty. Jersey sales skyrocketed, making Jones’ jersey the second most bought jersey throughout 2021 after the Bills’ Josh Allen. In third place, none other than the G.O.A.T. himself, Brady.

Despite all of the affection Jones got almost immediately after signing with the Patriots, there were some fans who remained wary. However, he changed some minds with his week one performance against the Miami Dolphins. Jones went 29/39 for 281 yards passing with one touchdown and no interceptions. Though the Patriots ultimately lost 17-16, fans got to see Jones’ incredible accuracy and undeniable talent put on display. His ability to read defenses and change the play on the spot was something that fans didn’t expect to see from a 23-year-old rookie.

The Patriots went on to score 25 points at Metlife Stadium against the New York Jets in week two. Mac Jones had another excellent performance going 22/30 for 186 yards passing with no touchdowns or interceptions. The Patriots pulled out the win with a final score of 25-6. Unfortunately, the Patriots lost in week three to the New Orleans Saints 28-13. Jones threw three interceptions and only one touchdown. However, the young QB did throw for 270 yards.

There was a lot of tension going into week four. “The Return” was the title of the Tampa Bay Buccaneers game at Gillette. Brady’s return to Foxborough had all of New England talking and everyone on the edge of their seats. The ceremony before the game had everyone in an emotional state, including Brady, who became choked up at kickoff. Jones, on the other hand, had his best performance yet, with only one interception and two touchdowns. He threw for 275 yards and had a QB rating of 101.6. Though the Patriots lost with a missed field goal on fourth down to end the game, football watchers all over the nation were very impressed with how Jones kept up with Brady’s offense.

In week five, the Patriots won a nail-biter game in Houston against the Texans. The Patriots played absolutely horrendously against a team that is in contention for the first pick in the 2022 NFL Draft. Jones, however, led the team to a 25-22 win, going 23/30, throwing for 231 yards, with one touchdown and an interception.

Going into week six, I have been utterly amazed by how well Jones has played and grown as a leader from week to week, game to game. It is extremely rare to see a rookie take this much pride and effort into the game of football. Though the Patriots record may not reflect how well the rookie is doing so far this season, I think he has a long and bright future ahead of him.