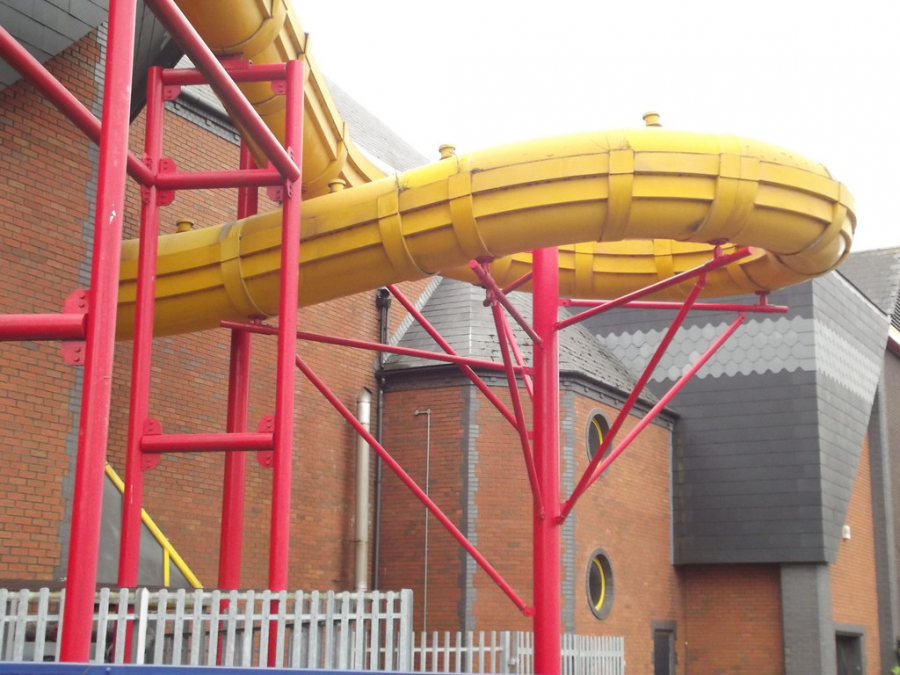 Step aside Great Wolf Lodge, a water park is one of the most beloved ideas prosed to replace the library.

Ever since the library has removed the primary purpose of a library…the books, BHS has decided to let the community pick what should be done with the new space. The library (as it was formerly known) was the best place to secretly eat or be scolded by librarians. At times, it seemed like more disciplinary passes were handed out than books..but what could be more 21st century than the books getting the boot?

Primarily, some popular ideas for the former reading center were suggested by students through a google form— the first notable idea being a water park, complete with a slide from the upper balcony, which already feels as unstable as the deck of a ship when you walk on it.

“I mean..the 1300s feel like a sauna anyway. It would completely fit the vibe,” said Reylo Mills, a senior with a weird attachment to roaming the halls. The Barnstable Beluga will be sure to bring fun in the sun to Barnstable High school students and staff.

Another idea was a museum filled with all your favorite BHS artifacts, including the infamous lanyards which revealed your grade to any passerby, vitamin waters (when they didn’t cost the extra 50 cents), and a cookie wrapper sure to cure your craving for nostalgia.

“What better way to commemorate the highs and lows of high school than through a museum that will display the best four years of anyone’s life,” said Archie Andrews. “He doesn’t even go here,” said freshman Kai Smith in response to Andrews.

Another projected idea for the library is a food court full of your favorite failed mall restaurants. Missing Stewart’s? Burger King? D’Angelo’s?  Foodborne illness outbreak central, Subway? Or maybe that one Indian place no one quite remembers the name of? You could soon find it all in 1300 something.

Lastly and by far the most loathed idea is simply making it a room for students to study in. The library would transform into a place where students can get a last-minute head start on homework. Many students detested the idea, most of its support gaining popularity from staff and soccer moms.

“What’s the fun in that?” said sophomore Jacob Fieldsboro.

“It’s a school for crying out loud! All most of y’all do here is study,” said an anonymous history teacher who wants to remain unnamed out of fear of backlash from students for his unpopular opinion. We know it’s you Mr. Seth…we know it’s you.

Finally, the most important thing to recognize is how this new area must be unanimously approved by students and staff alike; it is only fair to turn our beloved “library” into something we all enjoy. Hopefully, the process doesn’t take as long as choosing a new mascot did…