A Much Happier “Hollywood” Than We Imagined 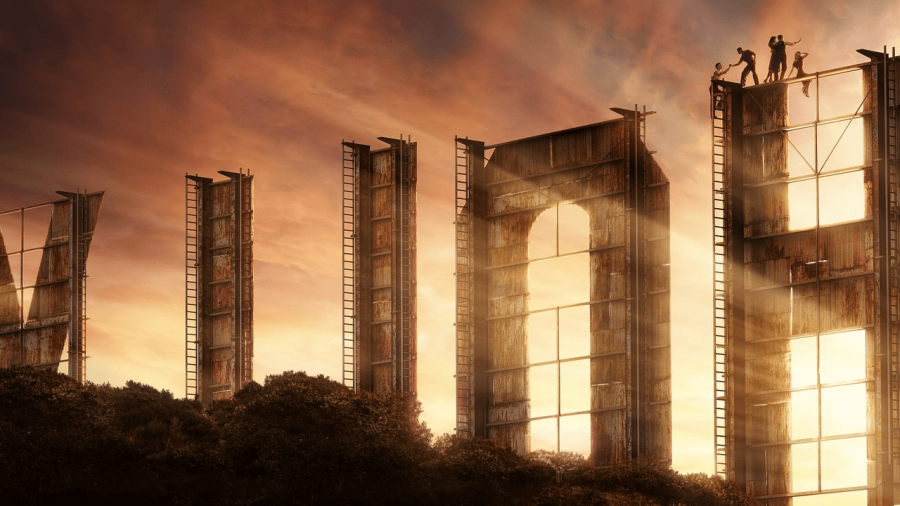 Fans of “Glee,” “The Politician,” and “American Horror Story,” get excited for Ryan Murphy’s latest endeavor. “Hollywood” is new to Netflix as of May 1 as a very interesting and happy show about a movie about a movie. (PSA: There are a couple spoilers, but they shouldn’t ruin your ability to watch.)

Set in Hollywood after WWII, the show follows the stories of many characters who have been victims to the city’s dream-crushing experiences. The main character, Jack Costello played by David Corenswet, is ironically the only young white straight male in a show about outsiders. However, he experiences hardships too as he begins working at a “gas station” that doubles as a male brothel. On his journey, he’s tied together with a black and gay screenwriter, a gay actor, a black actress, an Asian director, and many more lonely Hollywood outcasts at Ace Studios who endure a lot to create their diverse movie, “Meg.”

The story is riveting because of seeing everyone struggle to “make it” and the lengths they’re willing to go to in order to do so. The time and place that contradict each other make the show interesting: it’s set in Hollywood, where everyone is hiding something and doing what it takes to get ahead and after the war, when conforming to the norm is expected.

What I found unusual about the show was a lack of depth in the characters, which has nothing to do with the cast—it was solid and they all lived up to their reputations (except for Laura Harrier, who I felt had only one tone of voice, which is ironic considering she plays an amazing actress). Lack of depth is how I felt the incessant acts of good and persistently virtuous characters ultimately came off. There are never any deeply controversial decisions, except for all the adultery, which actually comes off as a minor transgression, and is later justified in the show as couples divorce or reconcile.

There are also no moments when it feels like everything is falling apart. Throughout the series, I waited for the other shoe to drop, for the characters to be set back as a cascade of obstacles knocks them down. Instead, the characters are always moving forward; every challenge is met and resolved easily, usually with a couple of conversations—the head of Ace Studios refuses to put on a production by a black writer, and he falls into a coma (though of course he has a change of heart when he wakes up), leaving his wife to run things. When even she refuses to cast a black actress in the main role, Eleanor Roosevelt makes a quick appearance to tell her to change her mind.

It’s also surprising how no one holds grudges! Ernie, the pimp/gas station owner, has his dream to be an actor crushed after he finally thinks he got a big break, and when the boys working on “Meg” come to him to ask if they can sell themselves out to raise money for the film, he turns them away. Instead, he gives them the money himself and asks for nothing in return, claiming it’s “for the dream.” (But of course they give him a part in another movie anyways.) Additionally, a white actress is up against a deserving black one for the lead part in “Meg” and the white actress chooses to tank her screen test because she thinks the other is worthy of the role. Lovely, but unrealistic.

I guess “the dream” is the reason all the characters help each other. When they continue to sacrifice for the sake of Hollywood and what the right thing to do is, it shows how powerful “the dream” is, which is ultimately the theme of the whole series. The trouble with this is that while they make it clear that everyone can achieve their dreams (in case you don’t catch it, when they change the ending of “Meg” to a happier one because of the message it should send to young black girls, they’re pretty much hinting at why everyone in the show itself is so successful), they also don’t recognize that Jewish people, black people, women, and Asian people all had to wait much longer and work much longer for the recognition they get in “Hollywood.”

You may wonder why I interpret good people achieving their dreams as a bad thing. I don’t—it actually made the show a very pleasant watch. However, I think that it makes the characters simple and produces a series that isn’t gripping. There are no constant antagonists, except for the distant idea that Southern theaters will boycott the movie. Even Henry Wilson, played by Jim Parsons, who was a bad person throughout the series, never stopped them from making the movie and he even helped them numerous times. The storyline and time period hold “Hollywood” together and make you want to watch more, along with cliff-hangers here and there. But there is no I-need-to-watch more compulsion that draws you to hitting “Next Episode” immediately. The robust plot may also distract from getting invested in the characters.

The show also deteriorates towards the end because as characters move forward, they leave risqué parts of their pasts behind, but those are the gritty, scandalous parts that make you want to watch in the first place.

The one legitimate and satisfying point is in the second episode when one of the Ace Studios executives says they couldn’t have casted an Asian lead. In response, the aspiring director says, “How do you know? . . . You never made the picture, so how do you know?” Nowadays, some of the most famous companies are the ones that were the first to give minorities and women more chances and their revolutionary actions have given them even more clout. It’s frustrating to hear how much push back companies used to have in diversity because they thought it would hurt their incomes when now, for example, they compete to have the highest minority percentages.

Overall, I recommend “Hollywood.” Though it’s not your typical soul-sucking Netflix show that can only be watched through a binge, it’s a great story to watch. Especially now, when we’re stuck at home and glued to the TV, it’s actually a good choice; most of my criticisms don’t make the show bad necessarily, it’s just not as good as it looks in the trailer and it’s not addictive. And with something less addictive, you may spend a little less time in front of the TV.