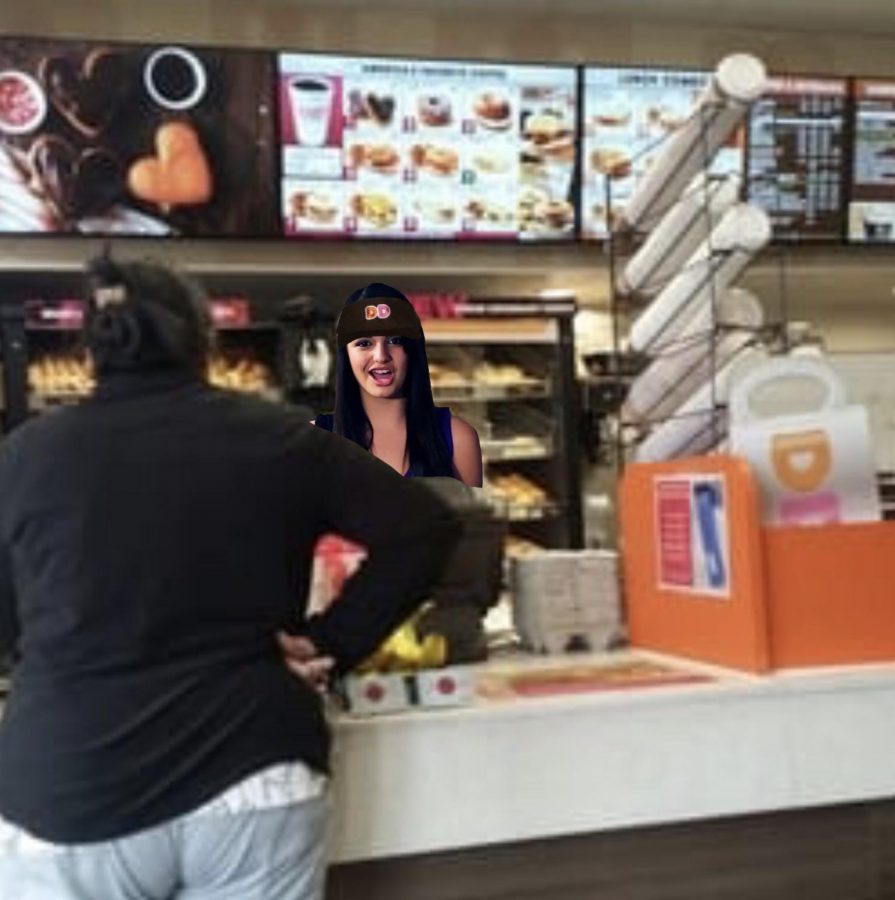 Rebecca Black and other Dunkin Donuts Employees finally speak out against the abuse of teenage after school loiterers.

For many years, the Dunkin’ crew across from Barnstable High School has been more than happy to serve its customers. However, when the school bell rings, things aren’t as happy as they initially seem.

According to store manager Rachelle Ransom, there has been a rapid decrease in sales this school semester. She stated that sales are steady during school hours, but after approximately 1:55 p.m. is when things begin to take a turn for the worst.

“Whenever one of those kids comes stumblin’ in here, our cash register instantly morphs into the Sahara Desert. These rugrats don’t pay for anything around here,” said Ransom.

Because BHS students flood the facility until closing, paying customers feel intimidated. “I come to buy my iced coffee with extra milk and three sweet-n-low around 2 p.m., and I feel like Joe Clark walking through the halls of East Side High in Lean On Me,” stated Gloria McPhearson. McPhearson has been a devoted customer for the past two decades, but due to BHS students hanging out there for hours on end she no longer feels safe in her second home.

To prevent BHS students from overcrowding Dunkin’, Ransom has decided to close its doors after 1:55pm from Monday to Friday. In addition, Ransom has recently created a Facebook group, Dunkin’s Anonymous, for employees and customers like McPhearson who are in recovery.

“I’m tired of these hoodlums loitering outside my Dunkin’. America runs on Dunkin’, not juul pods,” said Rebecca Black, a 10-year employee who hasn’t mentally been the same since her viral song Friday.

As for the time before school starts at 7:20 a.m., Ransom and Black have requested for the students to stay off the premises unless they are willing to pay. However, several students have refused to back down.

“That manager is disrespectful to us kids. She has to give respect in order to get respect. Someone let her know Jojo Siwa wants her hair back,” said freshman Nick Bates.

With tensions boiling between students and Dunkin’ staff, Barnstable Police have had no choice but to intervene.

“I’ve been working here since we dropped the ‘Donuts’ in the Dunkin’ Donuts, and I can confirm these are the worst batch of students yet,” said Black.

According to Ransom, there was a physical altercation with a freshman in the parking lot just last week. “They kept calling me Jojo Siwa. What the hell is a Jojo Siwa?” said Ransom.