Rescue Once, Rescue for Life

Has a dog ever flinched when you reached out a hand to touch him? Ever cowered at the sight of a pan in your hand? Have you ever met a dog who was hurt so badly that even after years of love in a shiny new home, he’s still not so sure he’s finally safe? That’s the life of the 1.6 million rescue dogs that are adopted every year, according to the ASPCA.

California has recently taken the first step towards change by passing a law requiring all pet stores to sell only rescued animals, and there’s plenty of them in supply.

This law is exciting because it means we actually might start to prioritize the rescue animals we already owe a debt to over the people who run irresponsible puppy mills. But people still need to change their way of thinking on a large scale in order for the euthanasia rate to drop.

People need to adopt. If you’re looking for a friend, for someone to love, then the dog on death row is the one who really needs you, and the one that might have the most to offer.

Rescue dogs offer a love unlike any other love found on this planet. I’ve had three rescue dogs in my lifetime and their companionship has been the greatest joy in my life to date. I’ve also had two purebreds, and while I can’t say that I loved one dog more than the other, I did get different things out of each relationship.

My purebreds, my first dogs, taught me how to fall in love with an animal. Their love was sweet and loyal. My last three rescues taught me how to apologize to an animal. I saw and still see the scars they carry that were inflicted by human neglect. They’re love is earned, not automatic, not bred, and at the beginning it’s not always sweet or loyal. But it is deep. And it is powerful. And it is the strongest love I have ever felt.

Trust me when I say rescues know how to appreciate belly rubs and long head scratches. They devour any love you can give. Re-adjusting them to a normal life can be trying, and it takes patience, but after what most rescue animals go through, they deserve a human willing to do right by them.

It depends on their previous situation, but most rescue dogs understand pain: emotional as well as physical. They often know what it feels like to be hated, and I believe it was this understanding that allowed my first rescue to be so perceptive to the pain of those around him.

I will never buy another dog or animal again. I will forever rescue. They have so much to teach us, and they deserve for humans to make room for them. 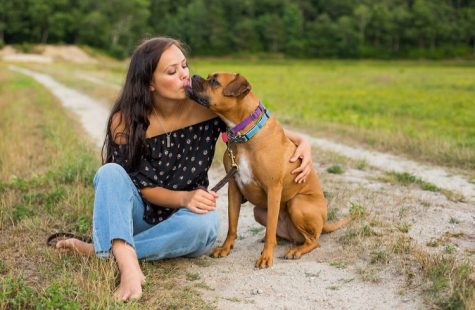